Thirty years ago, the staff at Angels’ Cove had the honor of placing a precious 3-day-old baby boy in the arms of his new mom and dad. Alain and Kim Pennock named their son Caleb, and he quickly became the joy of their life.

Recently, BCHFS Director of Operations Carla Donoho met up with Caleb following the death of his father. Sadly, Caleb had lost his mother as well a few years before. Carla was thrilled to learn that Caleb has become an amazing young man. He is a licensed practical nurse (LPN) and owns a window-washing business. He is a husband and father of two little boys, Leonardo and Michelangelo.

Caleb is also a passionate Star Wars fan and belongs to the 501st Rebel Legion, a band of Star Wars costume enthusiasts with a mission of giving back to the community through works of charity and volunteerism. Caleb enjoys entertaining groups all over the country dressed as Kanan Jarrus, a Jedi Master made popular by the Disney television show Star Wars Rebels.

Upon learning that Carla would be retiring at the end of the year, Caleb offered to arrange a fundraiser for Angels’ Cove to honor her for her years of faithful service and to raise income for the organization that facilitated his adoption into the Pennock family.

Caleb recruited more than 20 of his 501st Rebel Legion friends for the “Hope Awakens” event, which was held on Saturday, March 24 at Logan Street Baptist Church in Mt. Vernon, Illinois. The Rebel Legion came in costume to interact with Star Wars fans, pose for pictures, and train kids in the Jedi Academy, where youngsters learned the ways of the Jedi and received a certificate in their name. In addition, patrons were treated to snacks provided by Fun Food Ministries of Pleasant Ridge Baptist Church in Collinsville, Illinois; inflatables provided by Kingdom Ministries in Arthur, Illinois; and a number of fun games and activities. 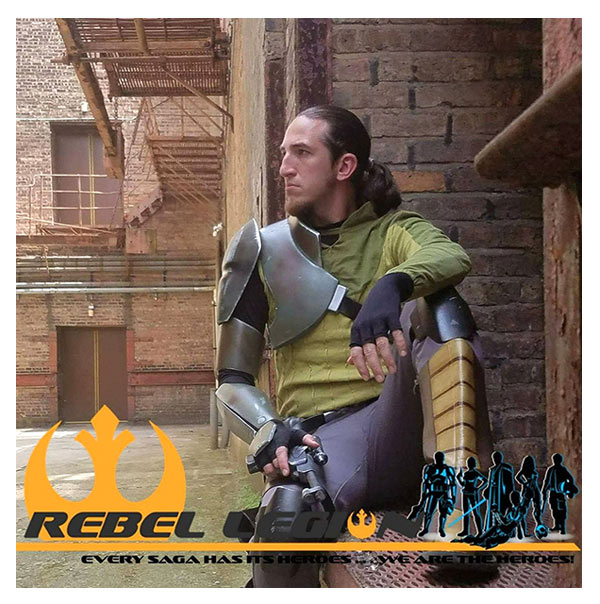 During the event Caleb shared his personal testimony, encouraging those in attendance to “always keep that inner child.”

The Star Wars fundraiser generated over $16,000 in operating income for Angels’ Cove Maternity Center. BCHFS would like to thank Caleb, the 501st Rebel Legion and all of the volunteers and sponsors who came together to create an event that was out of this world!